By Biswaranjan Bhunia
Back 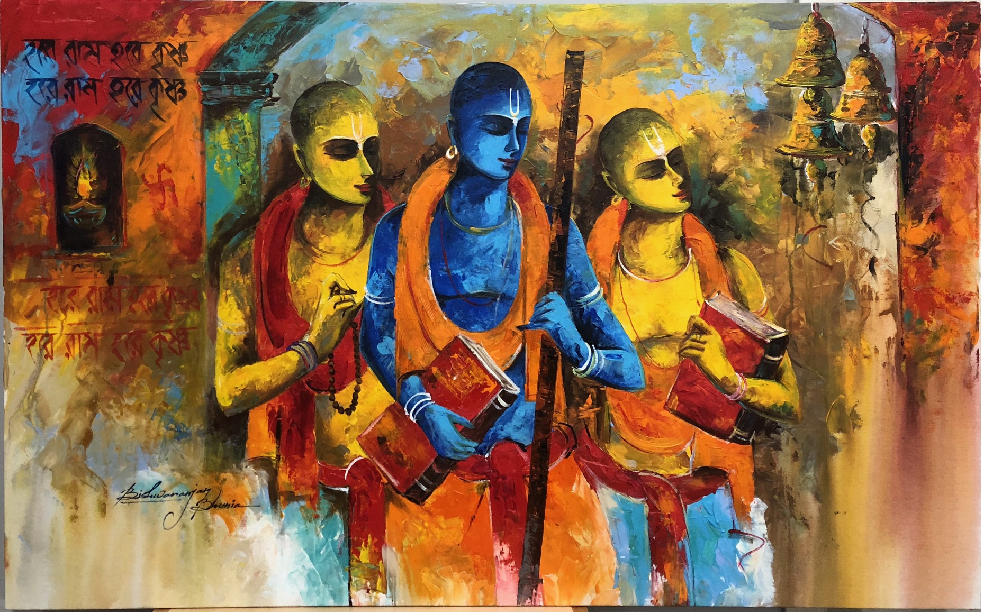 In bhakti there are nine different activities: sravanam kirtanam visnoh smaranam pada-sevanam. arcanam vandanam dasyam sakhyam atma-nivedanam.
Here the artist depicts Bhakthas doing the Kirtanam.
Kirtanam is that form of Bhakti wherein the devotee chants and sings praises in the name of the deity. Such chanting and singing the name of the Lord breaks the shackles that tie people to worldly inhibitions and sufferings. In Kirtanam the Bhakta dances and sings in the praise of the Almighty. The connection to the egoistic mind is broken. Such singing and praising also alleviates Bhaktas from all suffering, and strikes a chord deep within the devotees hearts. In practicing this method of devotion, a Bhakta’s heart gets tuned to the praise of the Lord, and the enjoyment he gains is not outward but within himself. Kirtanam purifies the mind, and cleanses it so that there is freedom from pent up tensions and emotions.
Contact Us